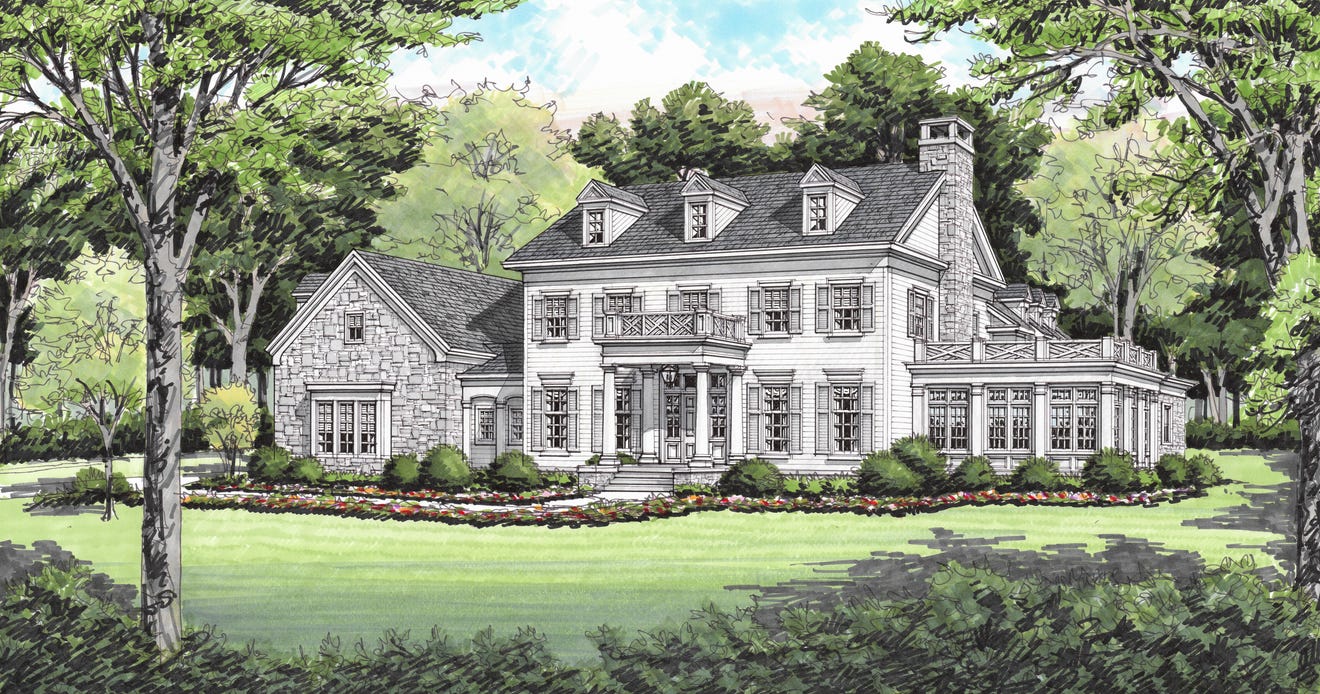 Bill Lewis Special to The Tennessean

Remember going to the grocery last spring and finding empty shelves where the bathroom tissue was supposed to be? Stores unexpectedly rationed sales because COVID-19 disrupted the supply chain.

The toilet paper shortage of 2020, like everything else about the pandemic, is having an effect on home designs as they change to keep up with the way we live today.

Peek behind the master bathroom door of some new houses in Williamson County and instead of an ordinary toilet you’ll find a combination potty-bidet. It’s an ordinary fixture in many European countries but something new in Tennessee.

“We’re pricing them for all of our houses and installing them in about 50 percent of the homes we build,” said Stacey Wessner, director of design and product development for Legend Homes, a Williamson County-based builder active in the new Hardeman Springs neighborhood in Arrington

The reason, she said, is “the toilet paper shortage, and so many people have traveled” to places where bidets are commonplace.

They aren’t inexpensive. The cost is around $3,500, said Wessner.

Home designs are changing in other ways, some subtle and some easier to spot, said Wessner. She and Lauren Moore, principal designer with Modern Remains interior design studio, looked at the biggest trends.

“People working from home and kids learning at home, that’s a huge trend,” said Moore. The challenge is “how to create space for people.”

She is currently designing interior spaces for one of the homes planned for Sloan Valley Farms, an estate neighborhood of nine homes being launched in Leiper’s Fork with lots ranging from five to 15 acres.

She’s “creating zones for people to be in,” said Moore.

Open floorplans are still popular in most of the new homes Modern Remains works on, but in some new homes the kitchen is separate, creating a quieter and neater living area.

For many homeowners, additional storage is a priority. So is organization. They can be built into the floorplan or achieved with creative use of furniture, for example, by setting up a desk to create a learning center for the kids or an office area.

Many home owners are converting formal dining rooms into offices. One recent renovation project moved the living room to another part of the house to create a school work zone closer to the kitchen.

“The kids needed to be close to where the parents were,” Moore said.

The change can be easily undone if and when life gets back to normal.

“You have the opportunity to bring the furniture back,” she said.

“We’ve had a lot or people putting in outdoor dining areas, a lot putting in private pools. We’re not going to water parks, a lot of people aren’t traveling for vacation,’ said Moore.

Sunrooms, porches and patios are a new center of home life. Garden spaces, even vertical gardens in high-rise condos, are popular.

People want to “try your hand at growing something,” said Moore.

At Legend Homes, a dedicated space for a home office or study has been part of floorplans for several years. Traditionally, they’re found right off the front foyer, across from the dining room. But now the office is moving.

In Hardeman Springs, Legend moved the office to the quieter back of the house with a great view of the yard. The house sold and the company is building that floorplan again.

Another trend is the use of sound dampening materials.

New floorplans are creating uses for attic spaces under the roofline that previously was empty. In one house, the area became a soundproofed room for a pod

Wessner agreed that open floorplans are here to stay, at least for now, but some homeowners want “dedicated spaces” away from the flow of activity.

Prep kitchens are a good example. They keep noise and messes out of the main kitchen, where family and friends often gather.

“All that mess can be stored away, and it avoids noise in the main living area” where someone may be working or studying.

“People are thinking of it a lot more,” said Wessner.

The home gym is finally getting its own room.

Before, “maybe people would use the bonus room or a spare bedroom,” said Wessner.

She’s designing dedicated exercise rooms separate but not far from the main living area on the first floor.

“People say if I’m not going to the gym, I want a space,” she said.

The Future of Home Design – During and After COVID-19

These Pandemic-Related Housing and Design Trends Aren’t Going Away